All right, it's been a while so it's time to play catch up.  So sit right down, grab a drink (I'm sipping Earl Grey Vanilla tea as I write this) and settle in for the catch up.

So as I posted in confession time, we had a very busy summer, we did a pretty major renovation to the upper floor of our townhouse.    When we bought it almost eight years go, I fell in love with it instantly and they only thing I wished for was a slightly larger kitchen..  We had an L shaped kitchen with a little bit of counter space, and a peninsula with the sink and dishwasher separating the little eating nook, along the side of that was a pass through, a half wall that did serve to display my crystal nicely but was none the less just a waste of space.  It wasn't highly functional and when we had people over it wasn't big enough to eat in, we moved over into the dining room/living room space.

That is all changed now!  We took out the peninsula, knocked out the half wall and removed the fireplace that never worked.  We have full cabinets along the length of the entire kitchen with gorgeous island that has a raised area for eating.    We started the renovation the last week of June and it was finally completed in the middle of October.   Our contractor was phenomenal!   Worked hard and did everything we asked of him and more.  We had a lot of down time on the reno due to issues with the cabinets and counters, but that was not our contractor's fault.  He was great and I would highly recommend him to anyone!

I didn't think to take a before picture of the kitchen, but here is what it looks like now!

Love the fact that I have a spice drawer!  I can see all of my spices with ease

The summer also saw us traveling.  My husband and I tend to take a traveling vacation every other year and this year was our vacation year.  We had debated about what to do and ultimately decided on doing a baseball tour.  We travelled to New York and Boston for a week in August and took in 3 different baseball games within four days.

Neither of us had been to New York or Boston so we knew it would be a great vacation.  We started off in New York.  There was so much we wanted to do and see and we tried our best to cram as much in as we possibly could!  We walked literally miles!  I wore my pedometer and they day we went to the United Nations, we walked to it from our hotel (getting a little turned around in the process).  We ended up walking 26,471 steps that day!  Equivalent to 10.8 miles! 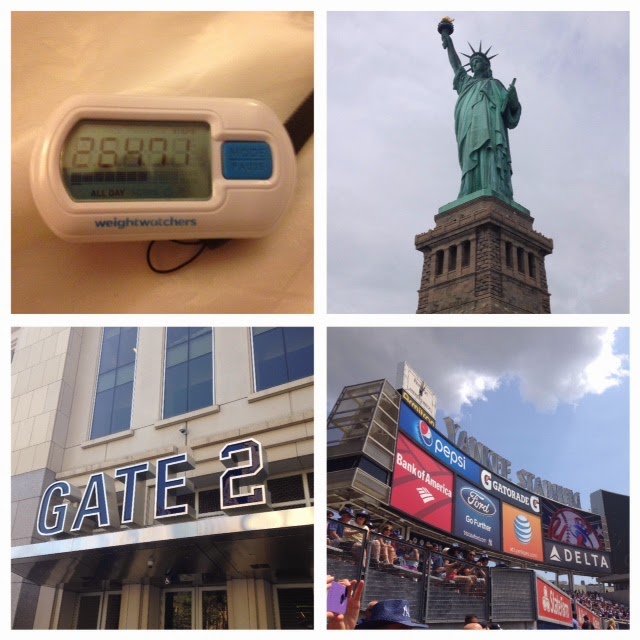 We started off with a Yankee's game, it was a Sunday afternoon game and it was hot, hot, hot!  We had a great time at the game and really enjoyed the experience.  We found our way around on the subway easily enough and had a lot of fun doing so.  A couple of days later we took in a Mets game.  It was a night game and it rained quite a bit, we did have a rain delay but we had a lot of fun.  We got a little lost going back to our hotel as we got on the wrong subway but when we decided to get off it, we were in Times Square so we were able to make our way back to the hotel easily enough from there.

We then took a train up to Boston to take in a Boston Red Sox game.  I loved the train ride up to Boston.  It was a nice day for traveling, it was raining a little here and there but the scenery was beautiful.  I loved the architecture in Boston, we don't have a lot of really historical buildings where I live so it was great to see so much history.  We walked the freedom trail, did the hop on and hop off bus tour and walked to the Boston Red Sox game.  It was a fabulous trip.

While I was in Boston I managed to catch up with Dani whose blog is weight off my shoulders.    You can find here here : www.weightoffmyshoulders.com  My husband and I were staying in the Back Bay Area, so we met Dani at the finish line for the Boston Marathon and then walked up to one of the  many pubs along Boylston Street.  It was great to spend some time talking to her about Weight Watchers, and running. 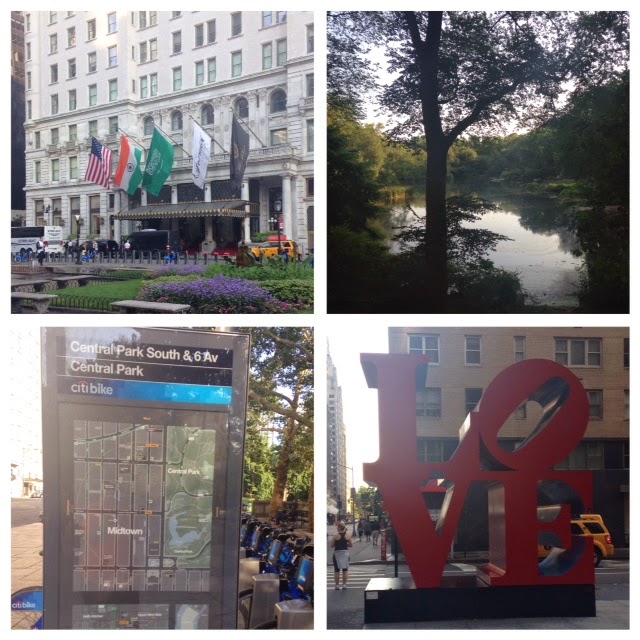 I have to say that for me the highlight of the trip was being so active.  In New York I went running in Central Park and in Boston I ran along part of the Boston Marathon Route to the finish line!  Two years ago I couldn't have imagined doing either of those things.  It was amazing to be there and to enjoy it so much!

I'll add in the Boston Pictures later, for some reason I can't figure out how to get the pictures in iphoto to add to the blog, so I've only been able to post the pictures I took on my phone.