Stress is not fun!

This past week was a little stressful.  Commuting into work wasn't exactly a basketful of fun due to traffic, accidents and delays.  Twice this past week the commute home took upwards of 90 minutes.  Not fun!  We also received some bad news for my parents and brother.

For the third time in less than a year, they have dealt with a gravely sick dog.  Their new puppy Maxwell, appeared to be having seizures in the past couple of weeks.  While trying to find out the cause of the seizures or fainting spells, it was discovered that he had a congenital kidney disease and was given only days, maybe a week to live.

My family is the sort of family that cares deeply for our animals and never ever wants an animal to suffer.  When the vet told my mom and brother that there wasn't anything they could do, he was too far gone.  The hard decision of having to let him go was made.  We received the bad news on Wednesday and by Saturday he had deteriorated tremendously.

Maxwell was the cutest little dog, with the longest tongue I had ever seen.  He would literally bounce for joy when someone came in the front door and would dance in circles wagging his tail so hard that his whole little body would shake.  He loved to cuddle, to play with his toys, and tug on my hair.

He was only with us a short few months, but he brought so much joy and laughter to everyone he met.  He will be sadly missed. 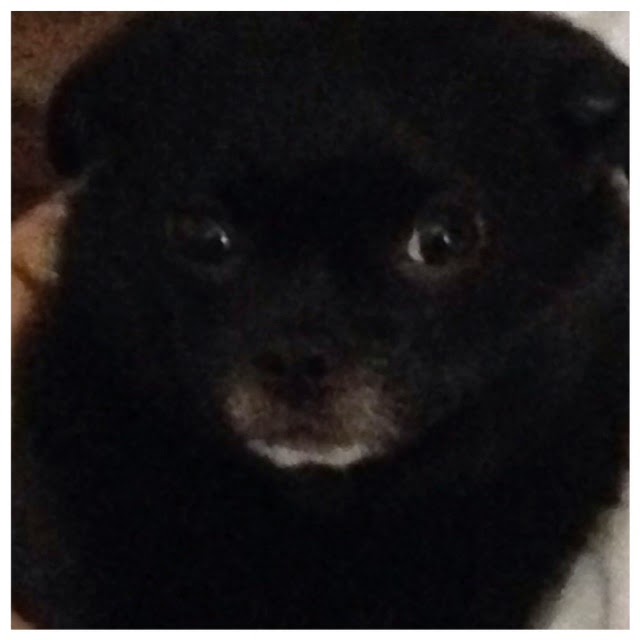